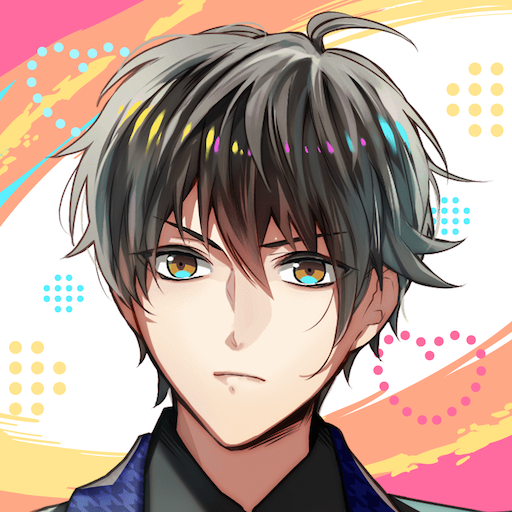 Comedians X Romance?! From the voice actors who’ve swept the Japanese nation X Japanese Comedy Project, the much awaited “Laugh Love!” is made into an otome game!・StoryDespite the hustle and bustle of business and office work, you’re an avid lover of comedy and love going to see comedians perform live.One day, on your way to watch a comedy show as usual, you meet some men who are lost…It just so happens that the mens’ destination is the same comedy show venue as yours, so you decide to go with them.To your surprise, the men are actually the two members of the young comedy duo, “Beyond”.Then, by chance, you also meet the members of another comedy duo, known as “Homme Fatal Fascination”.A fateful encounter brings you closer and closer together, and the two groups of comedians decide to fight over you through a comedy competition!Both teams have only one shot at laughter and love in a battle for your heart!Will it be “Beyond” or will it be “Homme Fatal Fascination” who will dominate the contest?And what will be the outcome of this slapstick love…?!・Character[Beyond][Shoma Hayashi]Years Active: 5Age: 23Birthday: 8/8Height: 174 cmA “legitimate” comedy geek.He believes that a person who has 1% talent and 99% effort is a genius.Being a bit of a comedy geek, and tends to not like anything other than comedy. He writes skits every day even if there is no place to present them, and when he starts writing, he gets into it so much that he sometimes forgets to eat or sleep.Up until graduating from high school, he sometimes worked with other amateurs, so he does have former partners but they don’t last long, as they always asked to leave the duo. Always having been the one asked to be in a duo, Ochi was the first person that Shoma actually asked himself to work with.[Yuta Ochi]Years Active: 5Age: 24Birthday: 4/25Height: 180 cmBeyond’s caring prince.He uses his sharp sense of humor as a weapon.He doesn’t write his own stories because his partner, Hayashi, writes them.Instead, he takes care of his partner, who is absorbed in writing stories.From a young age, he had never found anything he wanted to do, but comedy was the first thing he felt he wanted to do.He is often called “prince♡” by his female fans because of his sweet and handsome face.[Homme Fatal Fascination][Akira Claude-Michel Tori]Years Active: 5Age: 25Birthday: 2/13Height: 183 cmA young genius in the world of comedy.He pretends to be a comedian who just wants to be successful, but in reality he is a man who is passionate about comedy.He’s good at everything else outside of comedy, as such he is a narcissist, but when he fails, he gets really down.His family is rich, and he is often popular with women because he is a playboy.Although men seem to dislike him, he treats both men and women equally, and he is somehow hard to hate.His grandmother is French, so he is Japanese-French.[Rintaro Tsunagi]Years Active: 5Age: 25Birthday: 3/15Height: 178cmA Stubborn, hard-working boy.He loves comedy and works hard at it, but he is not the so-called “genius” type.He has a blunt personality and doesn’t laugh much, so he spent his youth being feared by girls.Tsunagi himself has trouble connecting with women and he’s unable to get along with them.He spends most of his time alone, and his hobbies include eating grilled meat, taking walks, and traveling.When he and Akira happened to attend the welcome party together, he found himself envious and amazed, with the ease Akira shows in talking to people. From then, he has thought of him as somewhat a “genius” with his people skills.

Comedic Commitments Cheat and Hack Tool 2022 – Cheat your way in and hack your way out for fun and generate your in-App resources by using our tool. Available on PC, Android and iOS mobile.