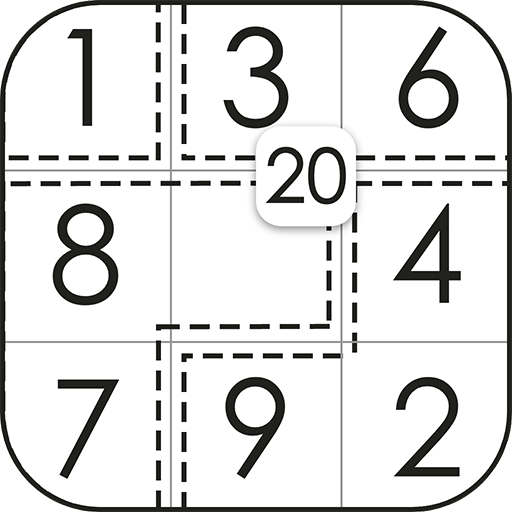 Keep your mind sharp in Killer Sudoku, 2020 new brain training puzzle games from Beetles Game Studio.Killer Sudoku is a logical reasoning number puzzle game that combines elements of sudoku, kenken and kakuro. Despite the name, the simpler killer sudoku can be easier to solve than classic sudoku, depending on the sudoku solver ‘s skill at mental arithmetic; the hardest ones, however, can take hours to solve. With our Sudoku puzzles app, you can not only enjoy killer sudoku games anytime anywhere, but also learn Sudoku techniques from it.How to play:✓ Each Sudoku has only one true solution. ✓ Place 1 to 9 into each grid cell✓Every cell is part of a cage, indicated by dotted lines.✓The sum of all numbers in each cage must match the value in the upper left corner ✓Each cage, row, column or 3×3 region does not have numbers repeated Why choose us:✓5000+ Killer Sudoku puzzles to exercise your brain, logical reasoning.✓Complete Sudoku Daily Challenges and collect trophies.✓Seasonal events to get unique medals.✓100 new killer sudoku puzzles every week.✓Auto-save – Pause the game and resume the game without losing any progress✓Turn on/ off pencil mode as you like.✓Hints and notes to guide you when you get stuck.✓Choose the theme that makes it suitable for your eyes.✓You can share to your friends via Google+, Facebook, Twitter etc..What you get:✓Four different Level Killer sudoku for beginners and advanced sudoku solver：Easy\Medium\Hard\Killer✓Precise percentage ranking✓Statistics – Track your progress for each difficulty sudoku level: analyze your best time and other achievements✓ Tons of gameplay to challenge your brain. ✓Support both phones and tablets✓Clear layoutKiller sudoku is suitable for all ages. Our killer sudoku puzzle games has intuitive interface, easy control and well balanced difficulty levels for not only killer sudoku solver but also sudoku solver and kenken solver.It’s a good time killer and it helps you think, makes you more logical and have better memory. We have daily puzzles for killer sudoko lovers, and easy sudoku for killer sudoku beginners.This is the killer sudoku app for killer sudoku lovers. If you like to play killer sudoku game, you can download the killer sudoku game app. We offer 4 difficulty levels. We add 100 new sudoku puzzle page every week. Download now and play sudoku everyday.We hope you enjoy Killer Sudoku – Sudoku Puzzles by Beetle Game Studio. If you have any idea, or if you have any questions about killer sudoku and you want to discuss with us, please send us emails at [email protected] We are always here for you.

Killer Sudoku – Sudoku Puzzles Cheat and Hack Tool 2022 – Cheat your way in and hack your way out for fun and generate your in-App resources by using our tool. Available on PC, Android and iOS mobile.